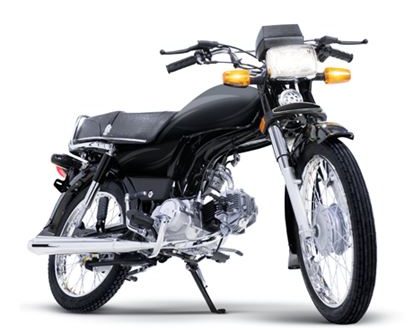 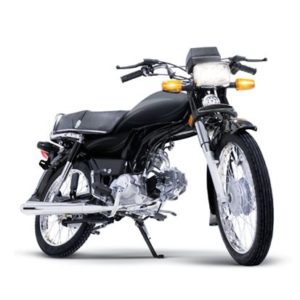 No one can deny the popularity of motorcycles in Pakistan. It can be judged easily by looking at any road in Pakistan that motorcycles are more favored than cars. As sales reports from fiscal year 2015-16 show, it is very clear that bikes have overtaken cars by a huge margin. There are many factors that influence this preference for motorcycles, primarily economic prices, chaotic traffic and the interest shown by the youth of the country.

Yamaha is one of the few companies that has benefited greatly from the evolving geopolitical and financial conditions in Pakistan. The company had earlier tried to enter the Pakistan market dispute but because of lack of support from relevant government departments, their efforts were not successful. However, it turned out that 2013 is quite promising for the company, where Yamaha finally managed to get the signed papers and deals, to sell their bikes in Pakistan. Taking advantage of this opportunity, Yamaha YBR 125 was launched in Pakistan and after its huge success, the company launched the YBR 125G.

Yamaha YBR 125 offered at 130,400 PKR and YBR 125G at PKR 132,400. Here in Pakistan, many people will agree that we have a psychological barrier once the PKR has exceeded 100,000 PKR. Yamaha has miraculously realized this and has taken steps to ensure its sales growth. For this reason, the company started monthly installment plans with support from different banks. Consumers can get any Yamaha bike released by paying 10% to 50% in advance and they have the option of getting a rest in the first three years plans with this bike rental program.

Honda began its cycling trip back in 1955 and was at its peak since then. In 1960, Honda acquired a large share of the US market and in 1982, Honda was the only company with a production volume of 550,000 motorcycles annually. Honda Japan has production units around the world, and Honda has among the highest market share in almost every market in the world because of the availability of bicycles in each sector. Honda Japan deals with the following categories Super Sport, Sports Tour, Tour, Adventure, Street, Custom bikes and Bikes

Atlas Honda is a joint venture between the Atlas Group and Honda Motor Company of Japan. Atlas Honda is the largest motorcycle manufacturer in Pakistan, with the highest market share due to its reliable products. Atlas Honda was founded in 1992 and since then Honda has launched the most famous bikes in the history of Pakistan, the main examples being the Honda Cd 70 and the Honda Cg 125. Honda is undoubtedly the first choice in the mind of motorcycle users in Pakistan because of reliable products and valuable re Good sale.

Check the prices of Honda bikes, photos and specs on Dreams.PK. You can also find the best custom-made bike using our filters, and our bicycle advertising section has different categories for our customers’ ease. The following categories are available in Dream.Pk 70 cc, 125 cc, 150 cc, and 200cc. You can also find sport bike and must visit on Bikes On Monthly Installment