Home / Health / How does an abortion happen?

Since the Veil law of 1975, abortion is authorized in France for up to twelve weeks of pregnancy. Several recent measures have just strengthened this right. An update on the different techniques: surgical or medicinal.

An enhanced right to abortion

After confirmation of the pregnancy, and if it is not desired, an appointment must be made with a general practitioner or in a planning center.

A blood test, gynecological examination and/or ultrasound are performed. This medical assessment makes it possible to determine the possible existence of contraindications to certain abortion techniques, as well as the date of the beginning of the pregnancy.

This consultation also represents an opportunity to learn about existing abortion methods, without overshadowing the potential risks of each: “Within the limits of medical contraindications, women should be left free to choose between different techniques ”, specifies Dr Danielle Gaudry.

There are two main methods of abortion: medicated and surgical (by aspiration). If surgery under general anesthesia is chosen, an appointment with the anesthesiologist is compulsory.

Any woman resorting to voluntary termination of pregnancy must sign a written consent before the intervention.

Parental authorization is requested, but it is no longer compulsory. However, the presence alongside the minor of a person of full age “of their choice”, called “referent adult”, is compulsory.

“Reading this law differs from one establishment to another, explains Dr Gaudry. Some require the presence of the adult at all stages of the abortion, with the presentation of the identity card. Others are less strict. “

A listening and information interview is compulsory for minors, but any woman can benefit from it. “This interview is conducted by a marriage counselor. It provides psychological support to the woman, and helps answer any questions she may have, ” says Dr. Gaudry.

Medicated abortion can be performed by a doctor or midwife, in a health facility or in a city office. It consists of taking two tablets, 36 or 48 hours apart:

Its contraindications: UVG medication cannot be prescribed in particular to women suffering from certain heart problems or severe asthma.

Only until the end of the fifth week of pregnancy

Without hospitalization or anesthesia, induced abortion is only recommended until the seventh week of amenorrhea (7 weeks) , that is, the end of the fifth week of pregnancy.

If abortion takes place in the hospital, mifepristone can be used up to 9 weeks. Above 9 weeks, it is recommended to use abortion by aspiration.

This method can be painful, to varying degrees. In relatively rare cases, the pain, which is due to contractions, is violent. This is why painkillers can be administered right after the intervention. Namely: the expulsion of the egg is accompanied by bleeding which can be significant and last.

For Mélanie who had recourse to a medicated abortion, the pains were declared at the time of the second cachet: “After taking it, I stayed lying down for about two hours in a restroom with two other girls. I had a lot of pain after about an hour, with very heavy bleeding. On request, I was able to get a painkiller. “

The voluntary termination of surgical pregnancy consists of aspiration of the egg. It necessarily takes place in a health establishment (hospital or clinic authorized to perform abortions).

Lasting 5 to 10 minutes, the intervention can take place under local or general anesthesia. In the first case, hospitalization is approximately three hours; in the second, four to six hours after waking up.

There may be certain contraindications to this method of abortion, especially in relation to anesthesia. 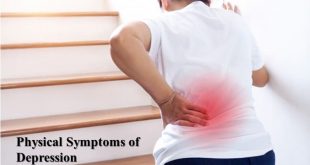 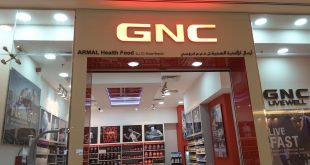 Do you want to get rid of brown spots on your skin, especially on your …