Home / Travel Services / The Most Attractive Places of Islamabad

Tour to Islamabad is a great idea for foreigners and tourists. As Islamabad is Pakistan’s most planned city, it provides its services as the capital of the Islamic Republic of Pakistan. Pakistan’s 10th largest city with a population of about 2 million.

In addition, Islamabad was built in the 1960s, on the instruction of President Ayub Khan, to replace Karachi as the capital of Pakistan. The city’s master plan divides the city into eight zones: administrative areas, diplomatic enclave, residential areas, education sectors, industrial sectors, commercial areas, rural areas, and green areas. Notably, ranking as the 2nd capital of the world after London and Berlin the 3rd.

What Can We Visit While Exploring Islamabad

There is a huge tourist attraction in the city that deserves to be watched by visitors, including several parks and forests, as well as many other monuments and historical sites.

Hitch A Hike provide Best and cheap Domestic Tour Packages. Book your trip with us or Customized your trip to visit this beautiful city. Some of the remarkable and interesting places are mentioned below:

The Shah Faisal Mosque is one of the largest mosques in Pakistan and the third largest in the world, after Masjid e Haram in Mecca and Masjid e Nabwi in Madina, with a capacity of 3 Lake worshippers in different halls and grounds. The mosque was named in honor of the King of Saudi Arabia, Shah Faisal bin Abdul Aziz, who contributed to the construction.

The structure is built on Turkish architectural techniques with four high minars as well as a Room in the shape of a Bedouin tent that is far from the typical domes. It is located in the foothills of the Margalla Hills and offers a better panoramic view. The Faisal Mosque is a landscape well known to tourists who visit and recognize the other side of Pakistan.

The Pakistani monument, located in the Shakarparian Hills in Islamabad, offers an insight into the country’s history and an understanding of the Pakistani movement. The monument is a tribute to those who sacrificed themselves for the formation of a distinct homeland for the Muslims of the subcontinent.

The floral design of the monument is for the country glomming. Each petal describes a history of Pakistan. It provides different information on Pakistan’s culture, heritage, and history. The monument symbolizes national unity.

Lok Virsa is Pakistan’s finest cultural museum, located on the Shakarparian hills. Displays a large number of embroidered costumes, jewelry, woodwork, metals, printing blocks, ivory, and bone, as well as skills as fresco, mirror work, and marble encrustation; tiles, mosaics, and stucco are also displayed. The museum, formerly known as the Museum of Popular Arts, was established in 1982, during the renovations.

In 2004, it was named the National Museum of Ethnology of Pakistan, better known as the Lok Virsa Heritage Museum. Persistence was to create a link between the cultures of ancestors and young people in order to educate them and to be a treasure for the next generation. A great way to promote culture to foreigners.

However, the Islamabad Zoo was administered by the CDA and was built in 1978 on about 82 acres at that time. Initially, it was a refuge for leopards, spotted deer and Indian gazelle later in 2008, zoo as a recreation area and wildlife reserve. There is a wide range of Aves, mammals, and reptiles. Also, the best way to visit families and children, the children really enjoyed the different species of birds with different free rides.

A magnificent view of the whole of Islamabad, located in the middle of the hills of Margalla, as is clear from its name, Damn, and Kooh. It is one of the most visited places all year round for its climate, at 2400 feet above sea level, the cold breeze and panoramic views of the city can captivate you for a moment.

In addition, Pir Sohawa is halfway for the visitor. There is a large parking space, telescopes are installed for discerning observers and a restaurant is there to make your stay more special. A beautiful place to picnic in a beautiful environment

A place of history with lush gardens, Shakarparian is another picnic spot in the capital Islamabad. It is located near point zero as well as the Star and Crescent monument near the beginning of Shakarparian. In addition, the historical importance of this place is due to its gathering place which hosts the Pakistan Day Parade every 23 March.

The place offers stunning views of the twin cities and shares its side with Rose and Jasmine Garden, a wide range of trees that preserve the environment, and is a starting point for picnics for citizens and also offers a playground for children.

Best vacation packages by Hitch A Hike are announced for Travel Lovers. Get an amazing discount on the family tour. Our packages are inclusive of all expenditures and facilities.

Previous The frame and the roof.
Next Planning a Vacation to a Hot Place? Here are 4 Tips for Choosing the Right Shirt! 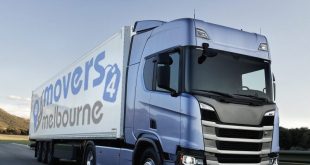 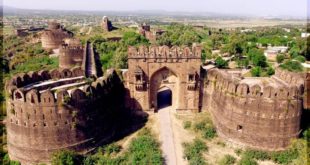 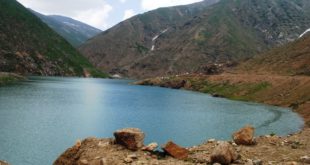 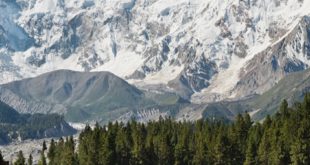 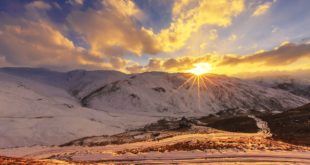