Home / Health / Unwanted Pregnancy: How to Stop it?

Missed pill, cracked condom, a diaphragm that has moved … there are plenty of reasons to get pregnant. The morning-after pill, abortion … The different methods of terminating an unwanted pregnancy.

Women do not yet have the reflex to think about it, but there are different emergency contraceptives, allowing to react a few days after unprotected sex. Once their deadlines have passed, there remains the voluntary termination of pregnancy (IVG), medication or aspiration. 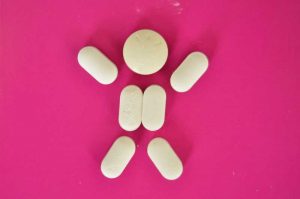 Within a few days of unprotected or poorly protected intercourse, it is possible to take a morning-after pill. Two contraceptives of this type exist, both sold over the counter in pharmacies, without a prescription.

Emergency contraception can be delivered free of charge to minors, anonymously, in pharmacies, family planning and school infirmaries (colleges and high schools). Refusal to dispense by a pharmacist is illegal

It is safe and has no serious side effects. However, contraindications exist. If menstruation does not occur within five to seven days of the expected date, a pregnancy test should be done.

After unprotected intercourse, placing an intrauterine device with copper is an extremely effective method (less than 0.2% of pregnancy, or 2 pregnancies per 1000 users, regardless of the time of the cycle).

The insertion of a copper IUD makes the uterus unfit for implantation of the ovum. Between the time of intercourse and the implantation of an egg, at least five days pass.

In the event of poorly or unprotected intercourse, it is therefore possible to have an IUD up to five days after the date of the risky intercourse . The copper IUD is considered the most effective method of emergency contraception.

Medicated abortion (voluntary termination of pregnancy) is reserved for women whose pregnancy is less than five weeks (seven weeks after the start of the last period). It takes place in three stages.

The procedure consists in removing the egg and the internal uterine lining by means of a cannula introduced into the cervix previously dilated and connected to a suction system. Once performed, this aspiration abortion must be carefully monitored. A follow-up visit generally takes place within 14 to 21 days following an abortion.

2020-04-01
bloggerstrend
Share
Previous WHAT IS TRY CGM
Next What is Early Spontaneous Abortion?